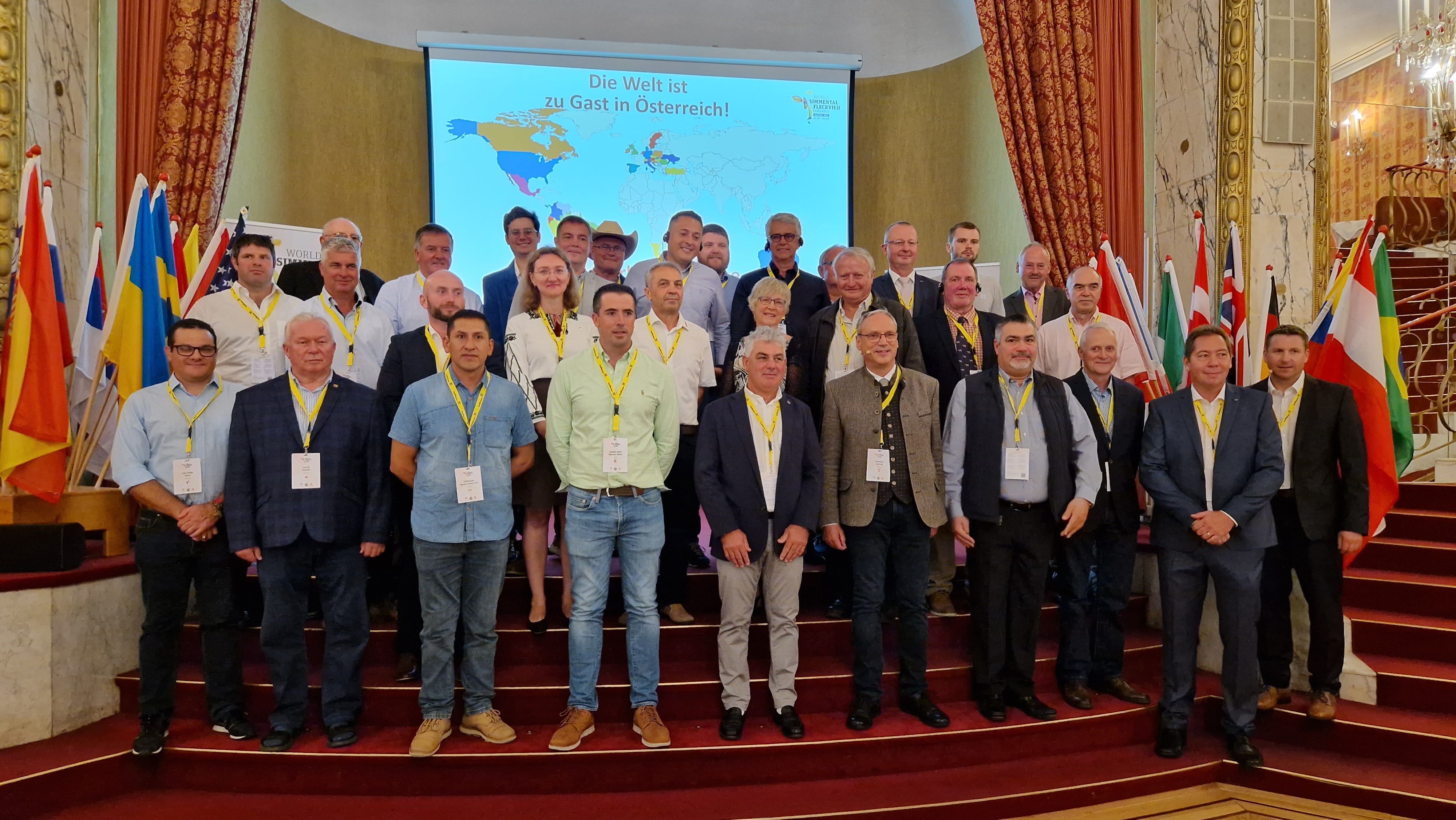 The world as a guest in Austria!

Photo 1: The country representatives of the 31 participating nations at the World Fleckvieh Congress in Vienna 2022 (Kalcher)

As the organiser of the Fleckvieh World Congress, Fleckvieh Austria set a goal for itself to offer visitors from all over the world a first-rate series of specialist lectures on future topics pertaining to our breed, visits to Austrian family farms passionate about breeding Fleckvieh, and interpersonal exchange in culture and cuisine. With interested parties from more than 30 countries, the ambitious congress programme was well received. The goals set were impressively achieved according to the numerous responses from the multipliers from all over the world.

On 31 August 2022, the General Assembly of the European Simmental Fleckvieh Breeders Association (EVF) took place at the Parkhotel Schönbrunn. In the presence of delegates from all 18 member countries, the association made a change in leaders: the long-standing President, Dr Josef Kučera, Czech Republic; the Vice-President, Dr Imre Füller, Hungary; and the Managing Director, Dr Georg Röhrmoser, Germany, who has been managing the EVF since 1999, resigned from the association. The new president of the EVF, Sebastian Auernig, a professional, qualified engineer (Ing.) from Austria, was unanimously appointed. Dr Daniele Vicario, Italy, 1st Vice President, and Georg Hollfelder, Germany, 2nd Vice President, will assist him. Dr Johann Ertl, Germany, with his deputy, Jože Smolinger, Slovenia, will act as Managing Director in the future. 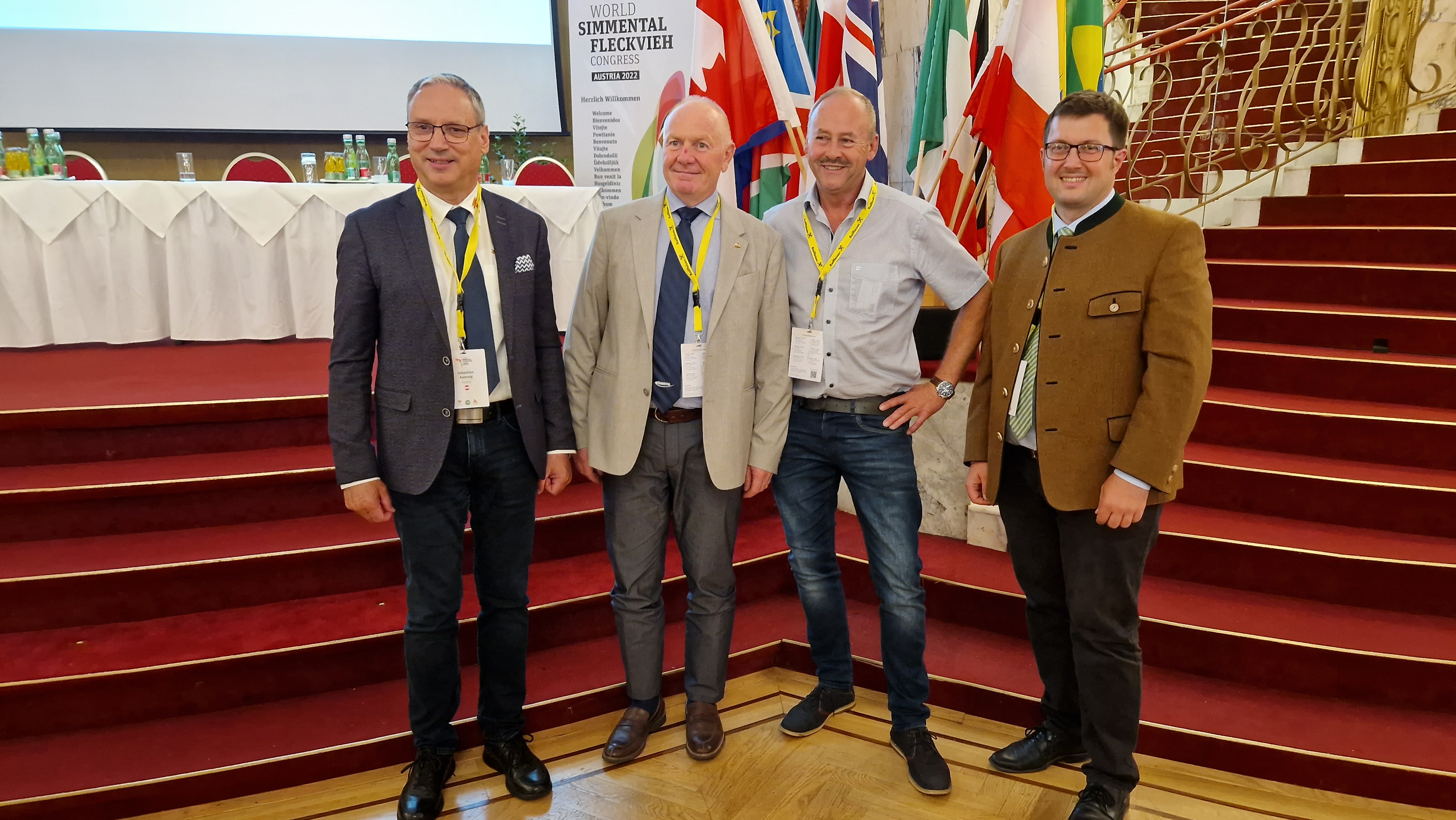 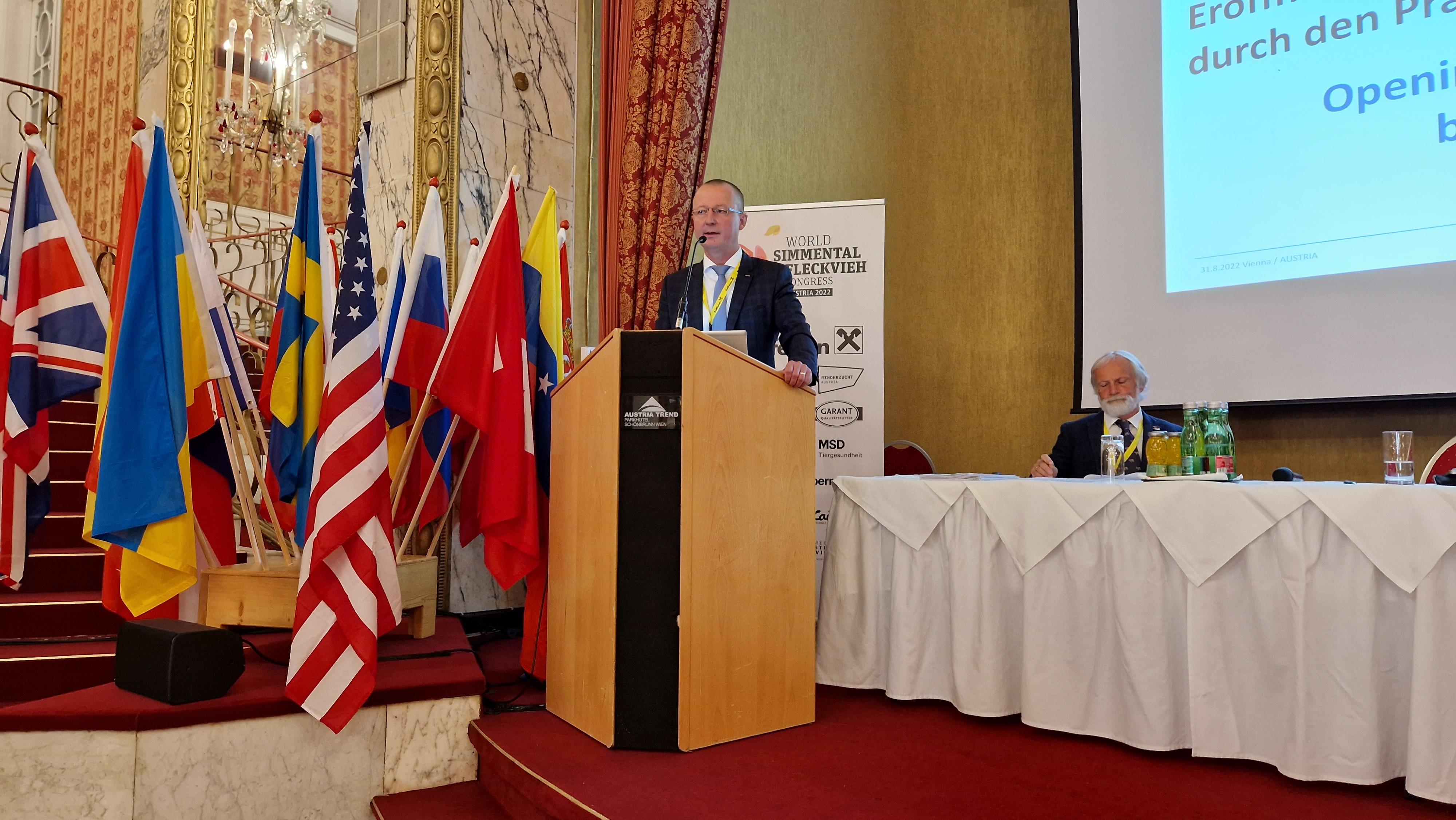 Photo 3: Dr Josef Kučera served as president of the EVF for 15 years (Kalcher) 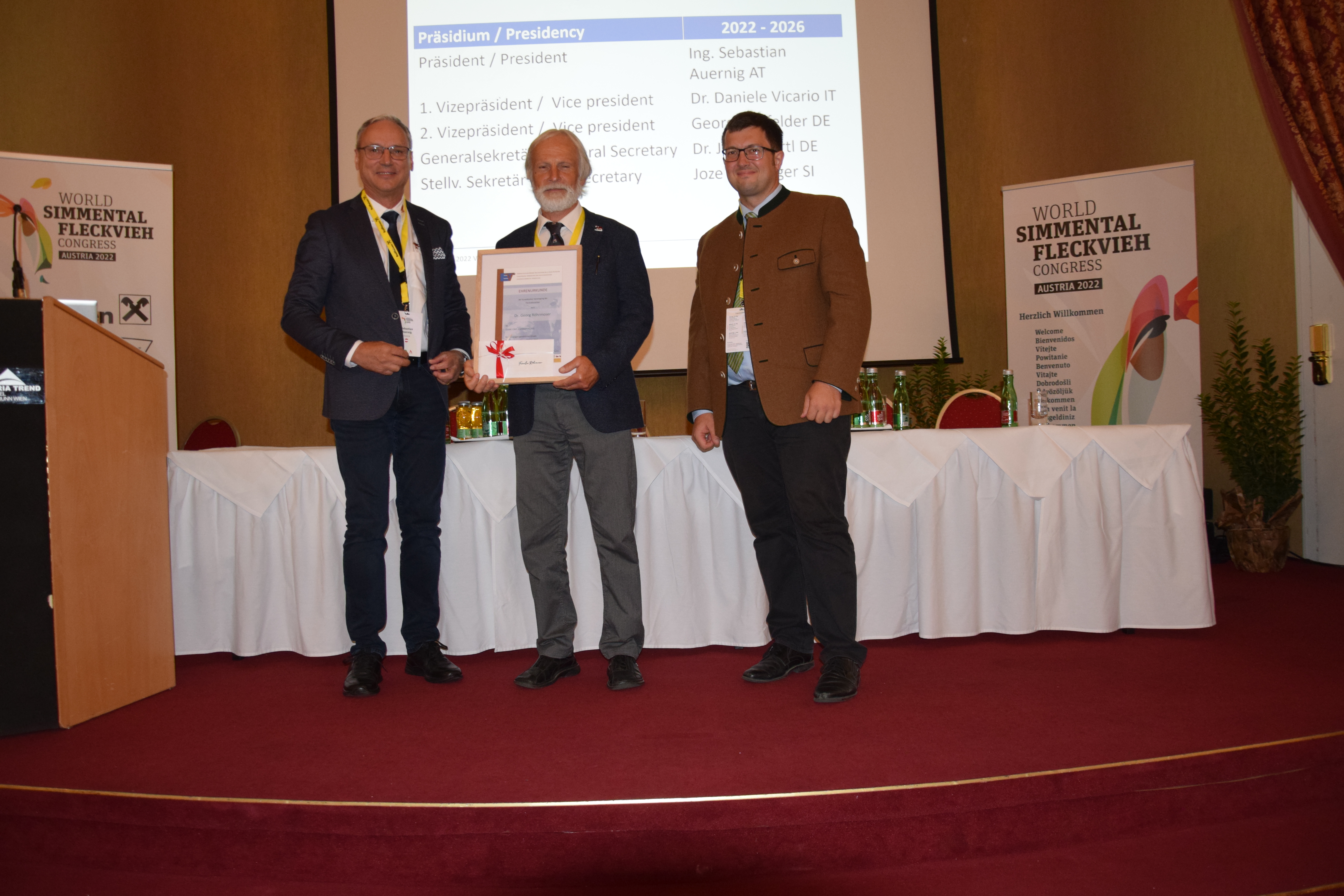 Photo 4: WSFF and EVF thank Dr Georg Röhrmoser for his many years of work (Kalcher)

On 1 September 2022, the General Assembly of the World Simmental Fleckvieh Federation (WSFF) was held in Vienna. The WSFF President, Fred Schuetze, USA, was able to welcome more than 150 interested parties and delegates from almost all 24 member nations of the WSFF in the ballroom of the Parkhotel Schönbrunn. Schuetze reported on the activities of the World Association in recent years. Dr Josef Kučera, Czech Republic, shared information about the personnel changes in the General Secretariat of the WSFF. Kristýna Skopalová, Czech Republic, had led the secretariat since 2008 and was no longer available for re-appointment. In the future, Blanka Dřízhalová, also from the Czech Republic, will succeed as the General Secretariat of the WSFF. 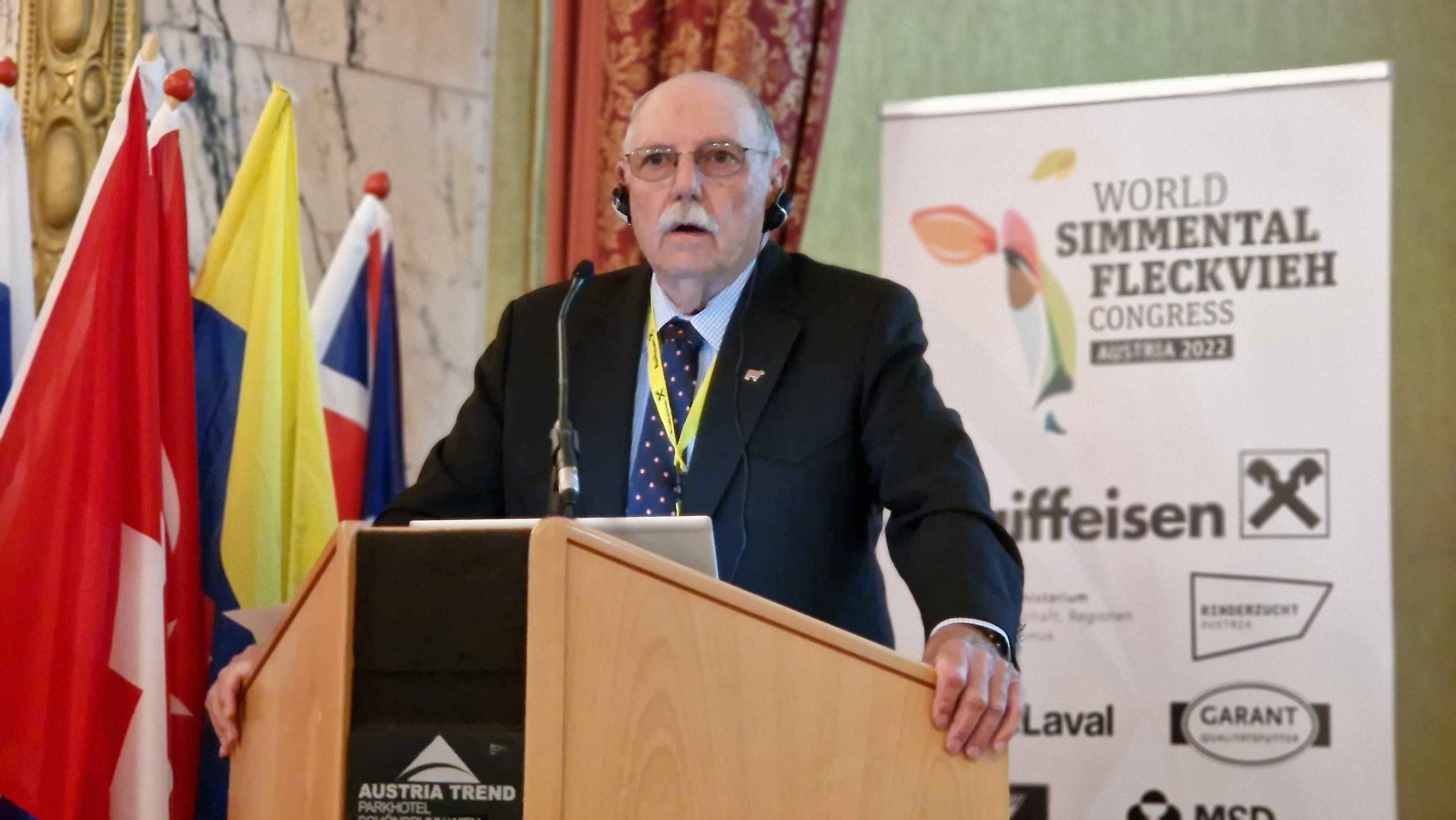 After President Fred Schuetze resigned from office, a new election for the President and board members was on the agenda. Engineer Sebastian Auernig from Austria was also unanimously elected as the new President of the World Association after the election as EVF President. Together with the First Vice-President Peter Wenn from Australia and the Second Vice-President Daniel Espinosa from Colombia, he forms the new governing body of the World Simmental Fleckvieh Federation (WSFF). 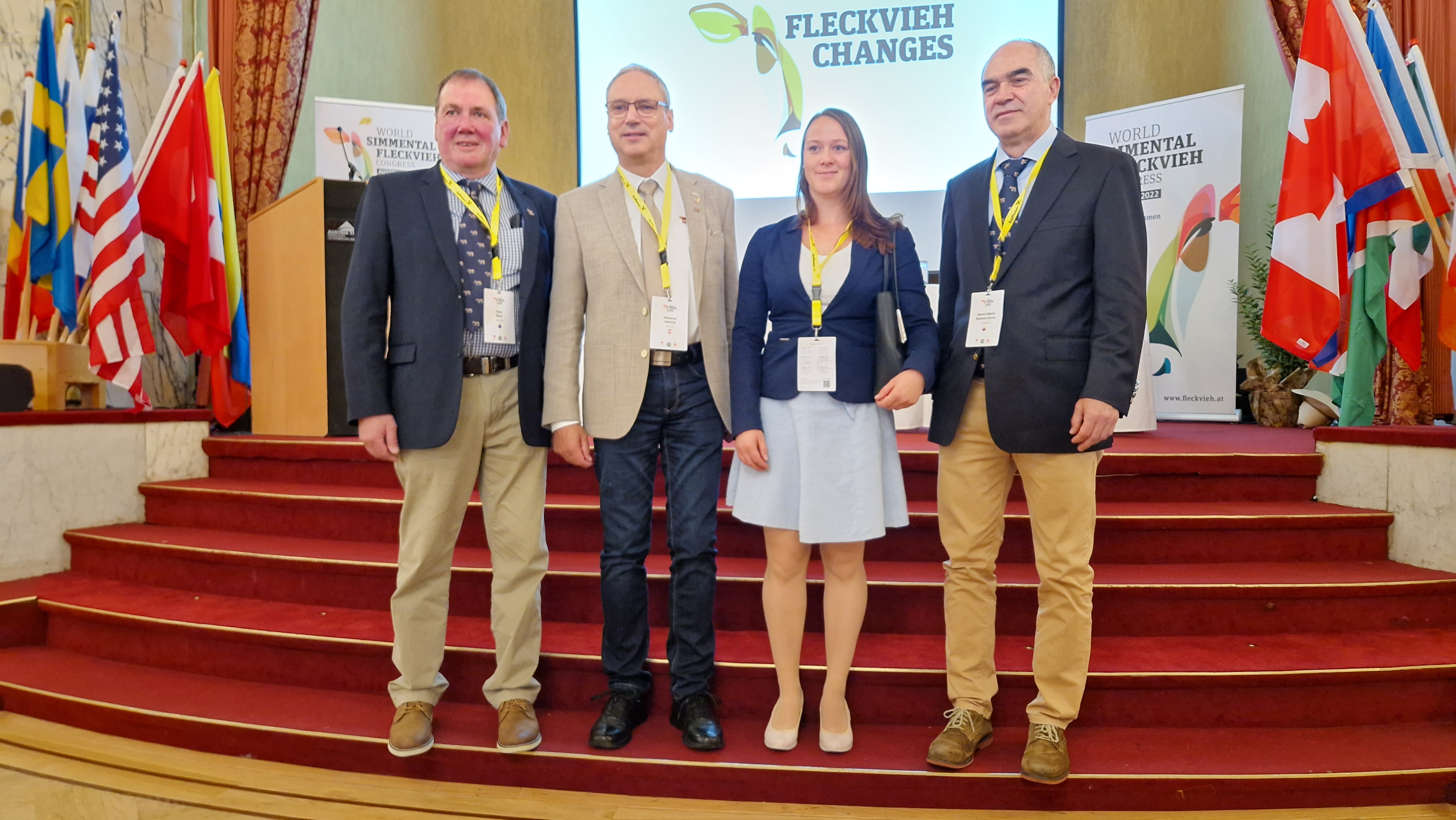 The well-attended lecture series offered diverse and informative input on current and future topics in cattle breeding and society. The symbiosis of the necessary economy and the increasingly important aspect of the ecology of cattle farming were successfully examined. The clear advantages of dual use with Fleckvieh in both levels of observation could be scientifically demonstrated in a comprehensible manner. 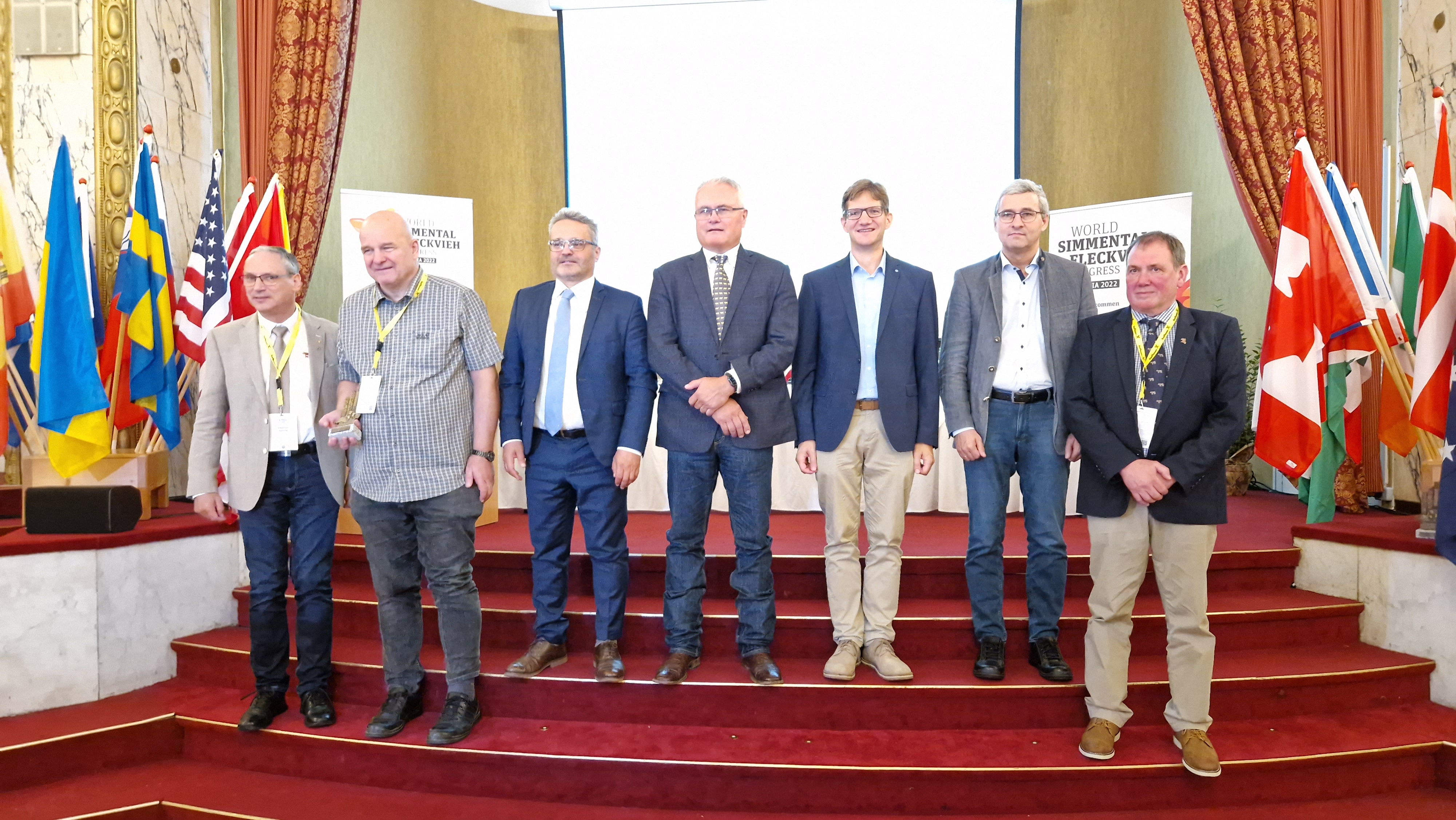 All lectures are available to download as conference transcripts at:
https://www.fleckvieh.at/wp-content/uploads/2022/11/FC_Magazin_0822_en_low.pdf

Excursions to Austrian breeding farms for dual use and meat production were a successful enrichment to the theory. The farms presented the "Austrian approach" to agriculture and cattle breeding in an authentic and personable manner. The collective vitality and international competitiveness of the Fleckvieh Austria breeding programme were particularly evident in two impressive bull presentations. 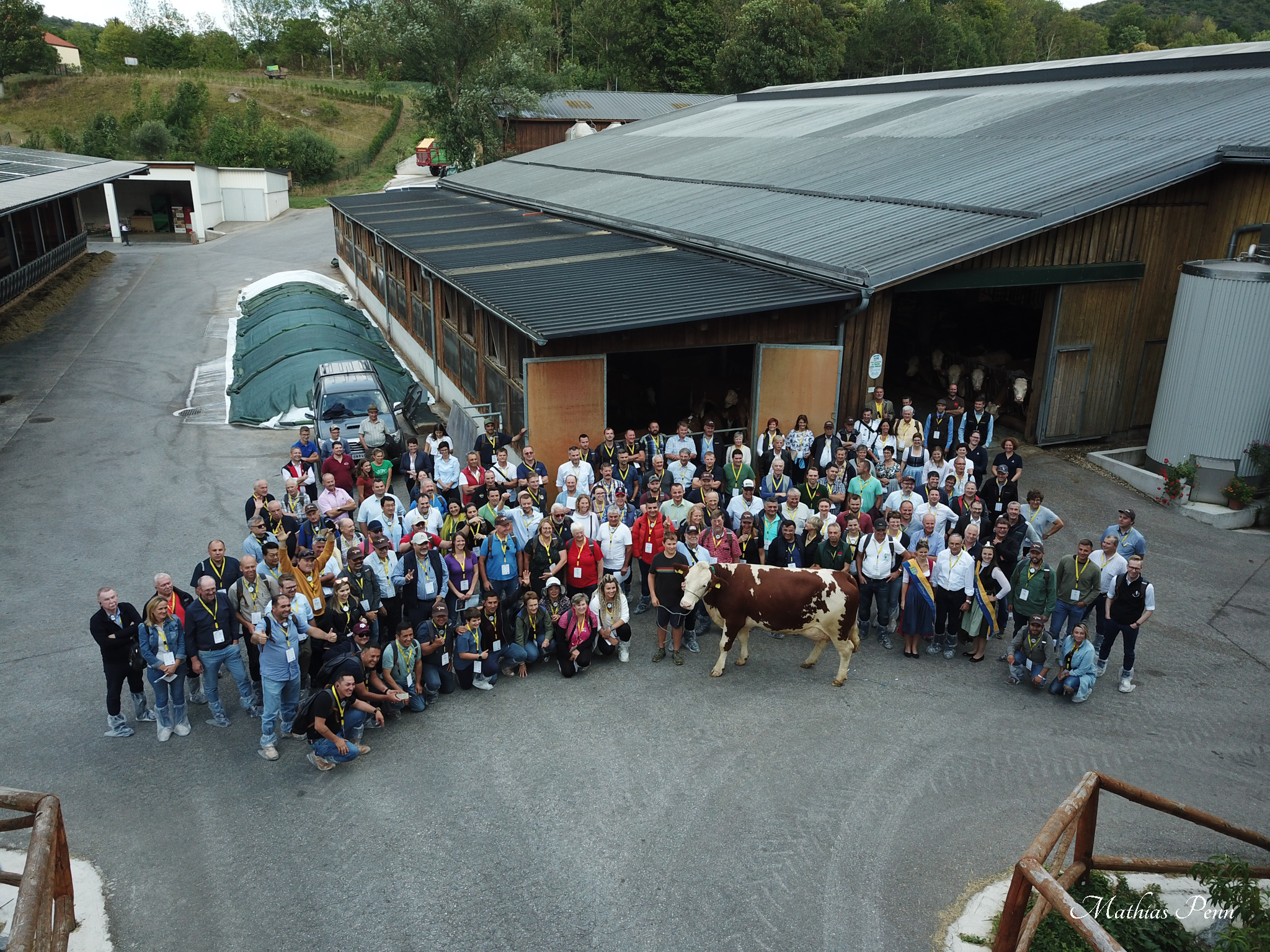 Photo 8: The large excursion group at the Milchhof Steiner (Penn) 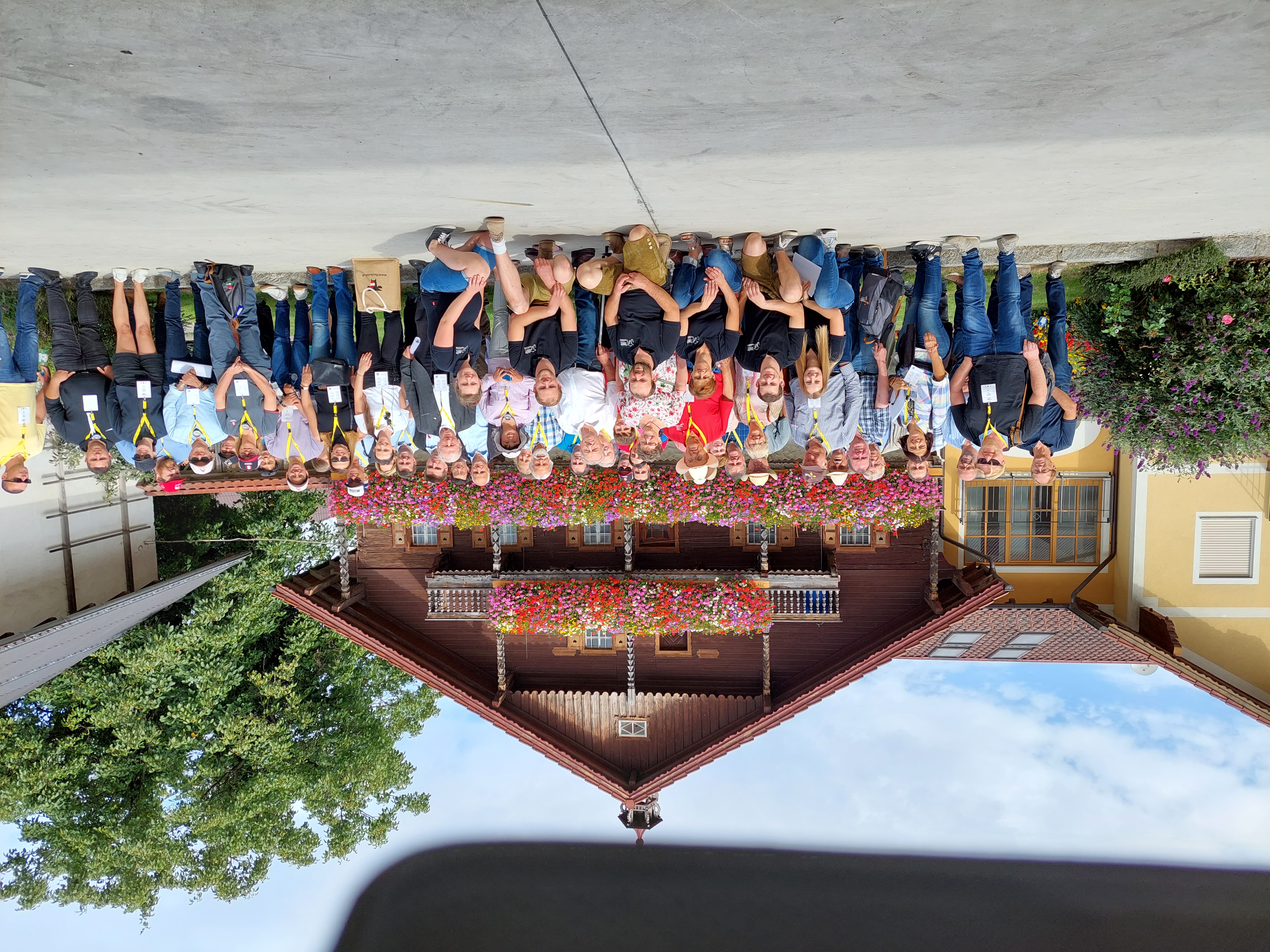 Photo 9: The congress participants were enthusiastic about the Kreil farm (Fleischhacker) 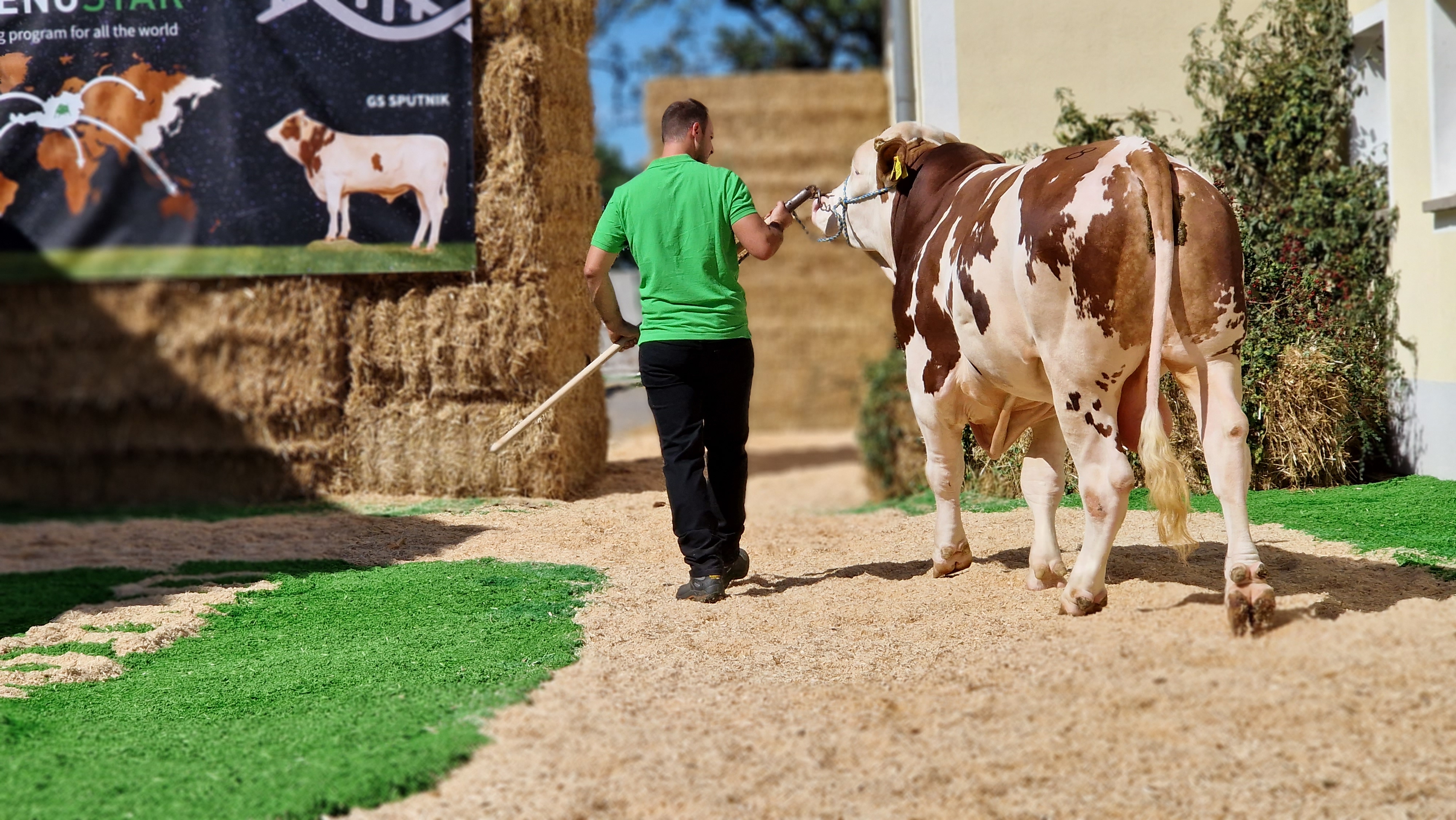 All farm and operation descriptions are available for download as conference transcripts at:
https://www.fleckvieh.at/wp-content/uploads/2022/11/FC_Magazin_0822_en_low.pdf

As the crowning conclusion of the specialised part of the Fleckvieh World Congress, the National Fleckvieh Show in Freistadt was also able to achieve its defined goals. Despite the high approval criteria regarding the genetic value of the animals, exhibition cows of unprecedented quality could be viewed, earning the respect of international trade specialists. Due to the enormous number of visitors live on-site at the exhibition grounds in Freistadt and virtually on the live stream, the National Fleckvieh Show will be remembered as a breeder's festival of superlatives and a successful international showcase for the achievements of Austrian Fleckvieh breeders.

Another goal was to introduce the international guests to the culture and cuisine as well as to the hospitality experience in Austria. The evening events at the Parkhotel Schönbrunn and at the Heurigen in Vienna offered the opportunity for interpersonal exchange. At the gala evening in the Arkadenhof of the Vienna City Hall, the admiring views the congress participants gave the culture and style of Austrian hospitality were unmistakable. The closing ceremony on the ship on the Danube in Linz was also characterised by mutual exchange and an appreciation of music and culinary arts of the highest level. 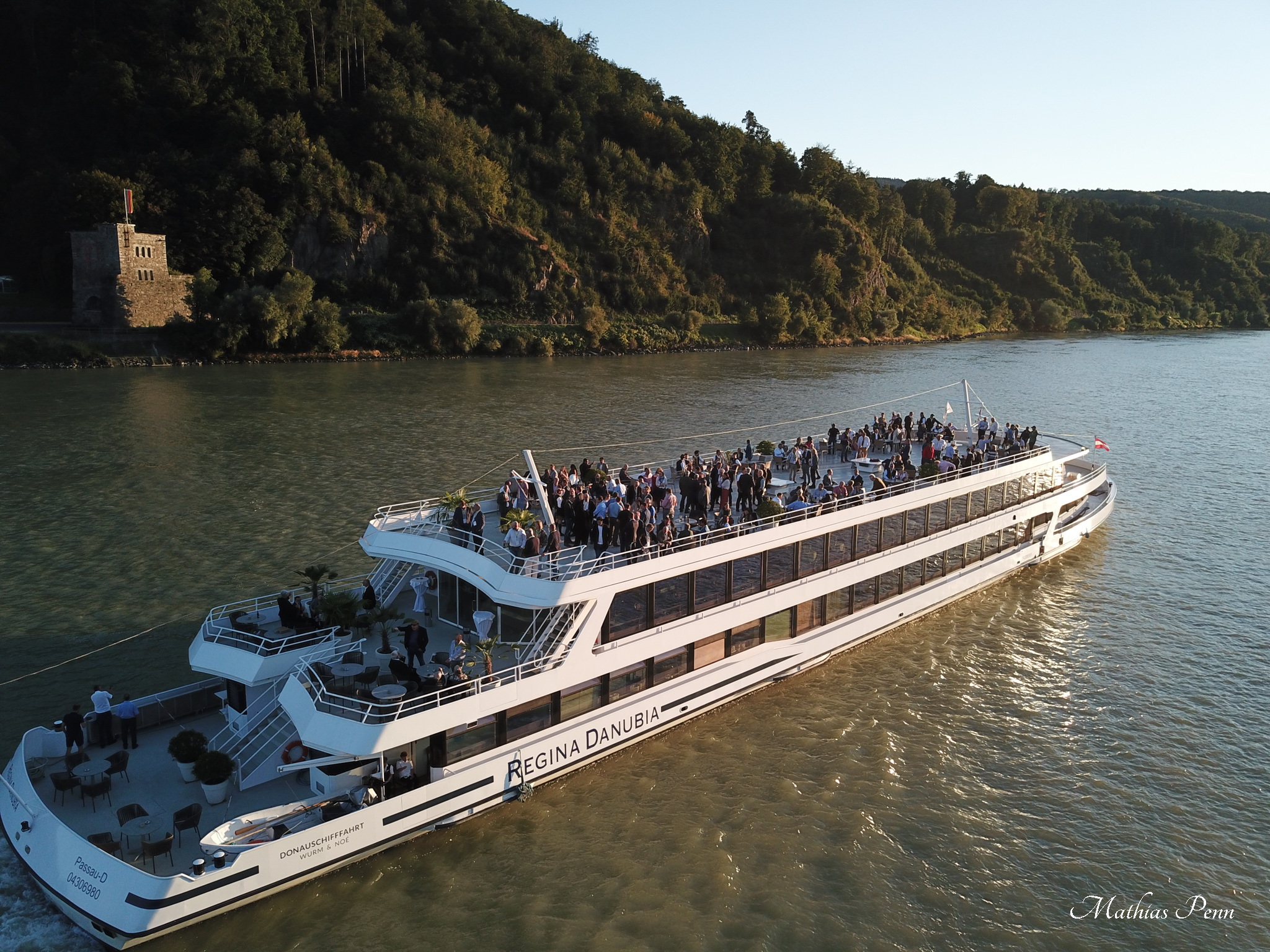 Photo 11: Closing ceremony on the ship on the Danube (Penn)

Trust is the basis of collaboration 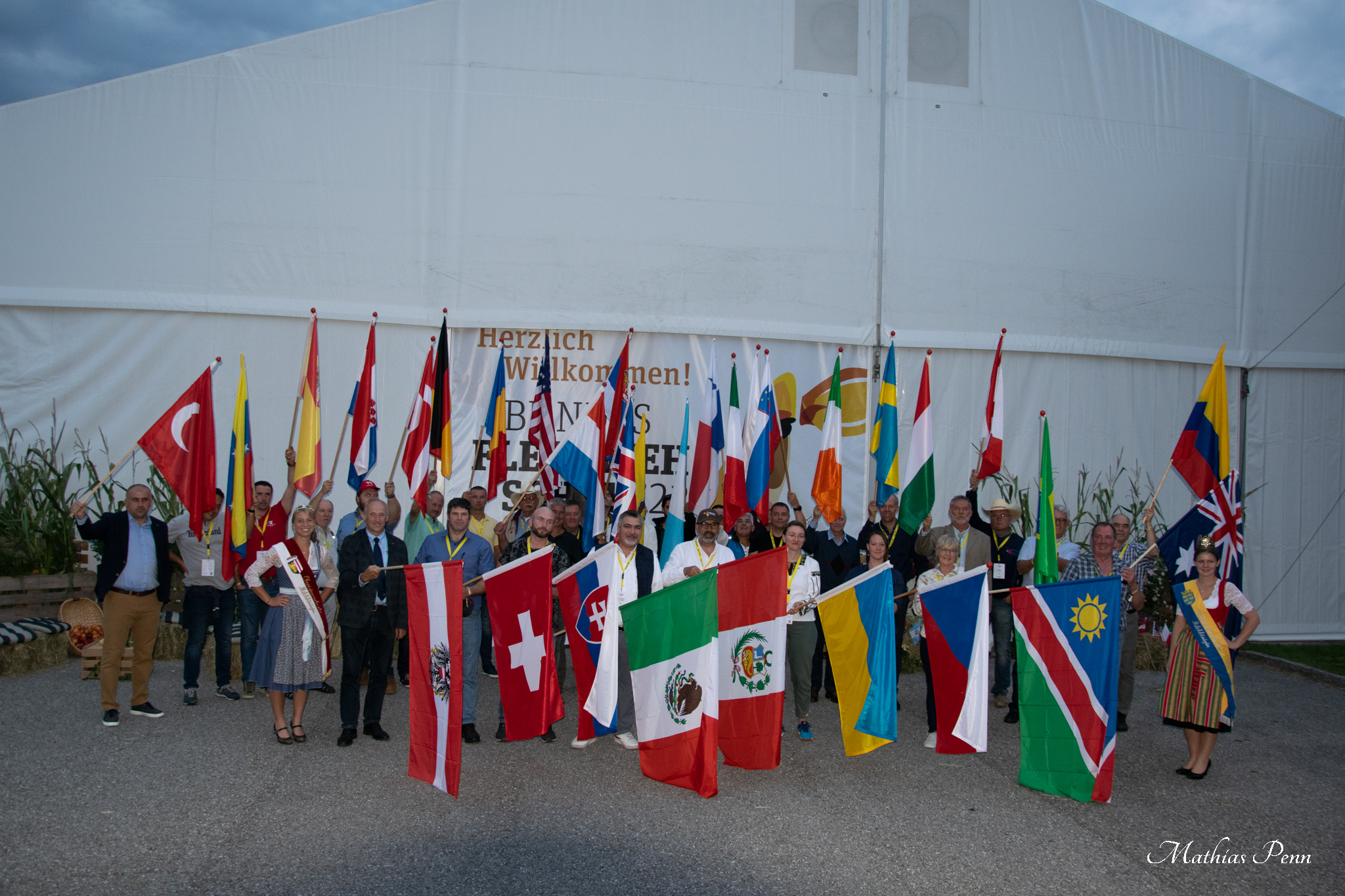 Photo 12: The world was a guest in Austria (Penn)

Finally, Fleckvieh Austria would like to thank the responsible persons, multipliers, and breeders from more than 30 nations who embarked on their journey to Austria for the Fleckvieh World Congress and the National Fleckvieh Show.