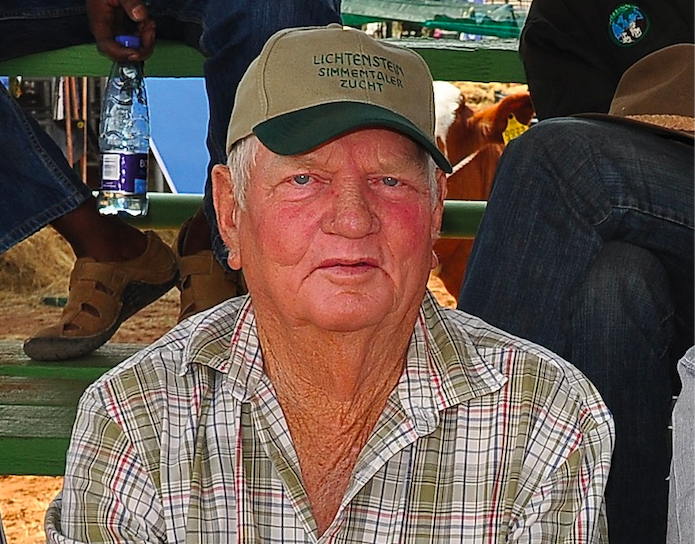 The well-known and respected Simmentaler breeder from Namibia passed away in January 2022, he was 81 years old. Simmentaler breeders from Namibia, South Africa, Botswana and Zimbabwe have lost a great leader. The blood of his ‘Lichtenstein’ stud dates back to Grandpa ‘Ernst’ first Fleckvieh imports from Germany in 1885.

I had the privilege of serving with him on the Board of the Association for 31 years and learned a great deal from him. Thereafter, he was a Lifetime Honorary President of our Association. As early as 1987, he received a honorary recognition from the Simmental-Fleckvieh World Federation. He represented Namibia for nearly three decades on this Federation.

Of the many competent Board members I have worked with, I place Reini at the top of the list with excellent knowledge in BOTH animal science and visual evaluation*. (*Universities South Africa and Germany and reached the highest judging qualification for a few breeds).

Because of this wide knowledge of “the eye” and “the scale”, he could argue both sides of an issue well for the benefit of the breeders' association, always leaving his own interests at home. In decision making, he did not like grey areas. In the 1980s and 90s, our many innovations often caused differences of opinion at the Board but Reni’s calm and thoughtful views mostly got us on the right track. His calmness, wisdom and foresight will also be greatly missed throughout the Namibian agricultural sector.

From our discussions over the years, I gathered that Reini, as a Board member, was especially proud of his involvement in the following stud industry innovations:

• He contributed a lot in bringing fertility aspects to the foreground by making Simmentaler a leader in the stud-industry viz. Simdex (Simmentaler Reproduction index); the Starcow-System; Fertility requirements for shows; Minimum scrotal size for registration and shows. These were all ‘firsts’ in the Simmental beef world – before 1990.

• Reini also played a constructive and, for me supportive role, in the difficult transition from a national “all breed” registration- and performance-testing system to the world renowned Beedplan system.

Well know ‘Reini-Wisdom’ which should apply worldwide to all breeds”

"Select for fertility and the rest will follow. Incredible but true. We believe that strict selection for fertility leads to well-adapted animals with the correct size (middle of the road) and optimal production in the environment where they have to produce.”

Mr Fred Schuetze, President of the World Simmental-Fleckvieh Federation: “Reini Rusch was a true visionary yet a very real life person that had a passion for Fleckvieh cattle and the needs of a society to promote, make the cattle better and acceptable in the industry. He will be truly missed by all that knew him.” 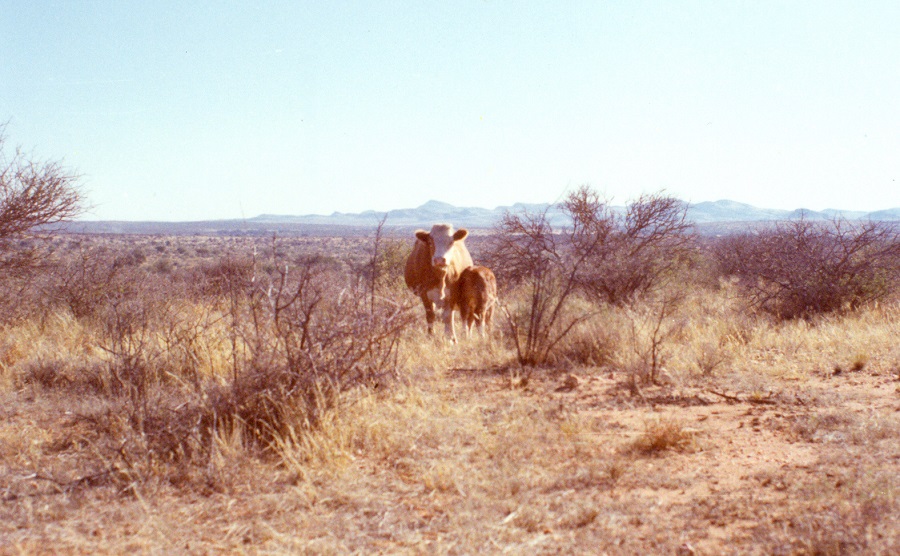 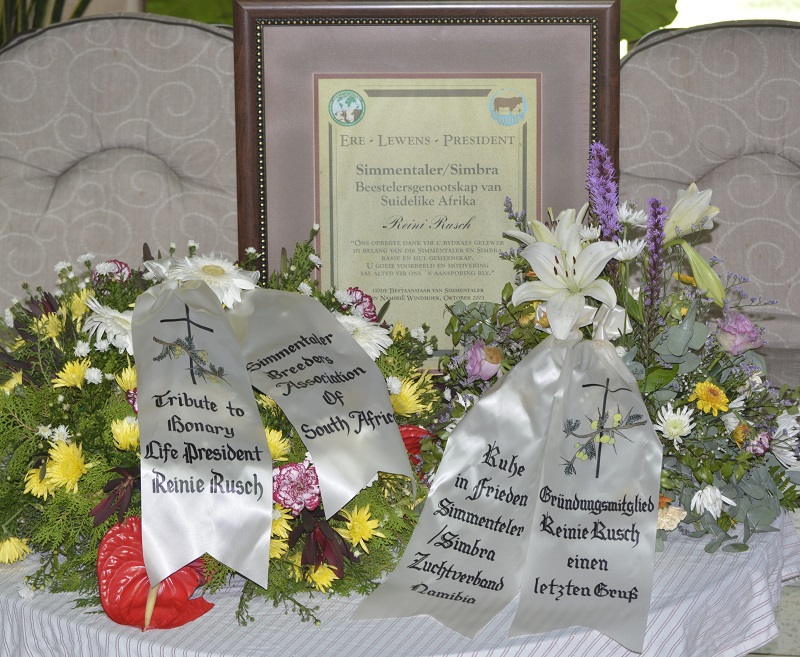